Dr. Konstantin Pertsovsky received his medical degree from Minsk Medical School in Minsk, Belarus in 1972. Before coming to the United States in 1990, Dr. Pertsovsky worked as an Ambulatory Surgeon and as an Anesthesiologist in Belarus. 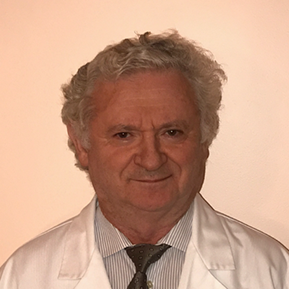 Once he arrived in the United States, Dr. Pertsovsky completed his medical training in Respiratory Therapy at New York University in 1991. He worked as a respiratory therapist for many years at Beth Israel Medical Center and Staten Island University Hospital from 1990 through 1995.

He then went on to receive his medical degree in the United States in 1998. He was awarded his degree as a Doctor of Osteopathic Medicine from the New York College of Osteopathic Medicine. He performed an Internship at Saint John’s Episcopal Hospital in South Shore, New York from 1998-1999. Dr. Pertsovsky completed his Family Practice Residency at Peninsula Hospital (Affiliated with Beth Israel Medical Center) in 2001 and received his board certification in Family Practice later that year.