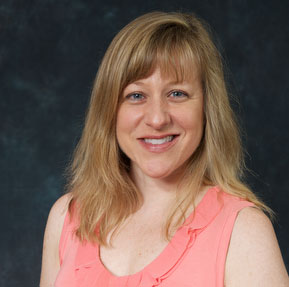 Two years later, she left to attend the University of Medicine and Dentistry of New Jersey-School of Osteopathic Medicine in Stratford, N.J. on a full scholarship. She finally reached her goal to become a physician in 1996, and then became a board-certified family practitioner at Valley Health Medical Group in Dumont, part of the Valley Health System which is affiliated with Valley Hospital in Ridgewood, N.J. There, she gained experience in providing primary health care for patients of all ages, urgent care, and occupational medicine.

"My two years of working as a nurse at The Valley Hospital exemplified for me the high quality of care that is practiced within Valley Health System," says Dr. Biller, a resident of Wayne for the past thirteen years. "The fact that Valley Health Medical Group was part of this organization was a big draw in leading me to practice there." But ultimately, the desire to work in and serve the same community she grew up in drew her to set up her practice in Wayne with Allied Medical Associates."I was introduced to osteopathic medicine in college, and it seemed like a good fit for me because I believe in practicing patient-centered medicine instead of disease-focused medicine," says Dr. Biller. "D.O.'s receive the same medical training as M.D.'s, but we undergo extra training in the holistic approach to treating patients and in how the musculoskeletal system affects the whole body and its health."

Her first clinical rotation during an internship at Union Hospital, in Union, N.J., was in family medicine, and she found she loved the variety of responsibilities, including providing primary care, caring for patients with chronic illnesses, suturing wounds, treating abscesses, and performing minor dermatological skin surgeries. She completed her training after a two-year family practice residency at Mountainside Hospital, in Montclair, N.J., in 1999. She joined Valley Health Medical Group in Dumont that same year and worked there until 2012.

Dr. Biller says she enjoys the close relationships she forms with patients and their entire families. Allied Medical Associates' location in the New York metropolitan area brings a diverse patient population with all types of healthcare needs. She has a special interest in the diagnosis and treatment of mental and behavioral illnesses, including depression and anxiety. Dr. Biller is a certified laser physician who has worked with the Candela Gentle Yag laser system for treating unwanted hair and spider veins. She also served as a school physician for Bergenfield Public Schools before coming to Wayne."It was a great way to connect with younger people once they've outgrown their pediatric years but still need a physician during the preteen and adolescent years," she says.

Dr. Biller is a member of the American Osteopathic Association, the American College of Osteopathic Family Physicians, the New Jersey Association of Osteopathic Physicians and Surgeons. During her education and training, she received a number of honors, including Sigma Theta Tau International Honor Society of Nursing, Garden State Scholar, UMDNJ-School of Osteopathic Medicine Alumni Association Book Award, and honors earned in eight clinical courses and nine basic science courses in osteopathic medical school. She has been recognized by the National Committee for Quality Assurance and the American Diabetes Association for her high-quality diabetes care. She has consistently been listed as one of the regions top family doctors. She received this distinction in 2012 when she worked in Bergen County and has also been recognized in the Wayne area on numerous occasions since joining Allied Medical Associates.

Married to a graduate of Wayne Valley High School and the mother of a daughter and son who also attends Wayne schools, Dr. Biller enjoys gardening, exercise, the music of many genres, and reading whenever she can find the time.