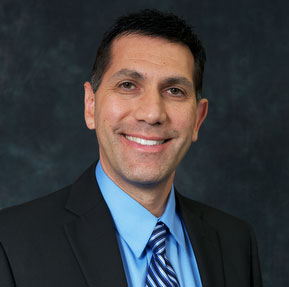 Dr. Barravecchio knew by the age of twelve that his “calling” in life was to be a doctor. Having survived a near fatal car accident while riding his bicycle, he was thrust into the medical community at an early age. He was forced to spend most of the summer of his twelfth birthday in hospitals and doctors offices. He was so overwhelmed with gratitude from his remarkable recovery that he soon knew that it was his place to help others as he was helped. He soon began volunteering at the same hospital that nursed him to health and remained actively involved in the medical profession ever since.

Dr. Barravecchio completed his undergraduate degree with honors at Lafayette College and graduated from The Philadelphia College of Osteopathic Medicine. After medical school, he completed his Family Practice residency at New York Beth Israel Penninsula Hospital. During his final year, he served as Chief Resident and spent much of his time training both residents and medical students. After residency, Dr. Barravecchio became involved in teaching at Englewood Hospital and was recognized with an excellence in clinical training award by Mt. Sinai School of Medicine.

Dr. Barravecchio is Board Certified by the American Osteopathic Board of Family Physicians. In 2001 Dr. Barravecchio founded Allied Medical Associates (AMA) formerly known as North Haledon Medical. As its CEO and Medical Director, he continually strives to find ways to improve upon the principles which AMA was founded. He also has positioned Allied Medical Associates to be on the forefront of medical care by aligning the practice with Osler Health, whose focus is centered on providing optimum quality medical outcomes while being financially prudent.

Dr. Barravecchio also takes great pride in playing an active role in educating his patients on ways to improve their health. He is a strong advocate of preventive medicine and is always searching for ways to improve his patients’ care. He routinely attends national conferences on recent advancements in the medical community and is often called upon to lecture to his fellow physicians. He also enjoys volunteering his time to lecture to the community on relevant health topics whenever he gets the opportunity.

Dr. Barravecchio is actively involved in various prestigious institutions in the region. He is the Medical Director of JDT Villa Subacute Rehabilitation, Director of Medical Consultation Services at Kessler Institute for Rehabilitation North, and Medical Director of Patient Care of Northern New Jersey. Dr. Barravecchio is also prominently involved in the community. He is the Medical Director for the Salesian Sisters in Haledon (a local convent for Catholic Sisters), the Medical Examiner of the Haledon Public School System, and the town Physician for the Haledon and North Haledon Police Department. He is also an active member of the St. Joseph’s Hospital Foundation and is involved in many of its charitable and worthwhile causes.

In his spare time, Dr. Barravecchio enjoys playing baseball, tennis, traveling, cheering on his beloved Mets and Jets, and spending time with his family. Dr. Barravecchio is married and lives locally with his two sons and daughter. He frequently runs into patients around town and encourages them to take the time to say hello.